The Nauli yoga is performed as you are in the final Uddiyana posture. 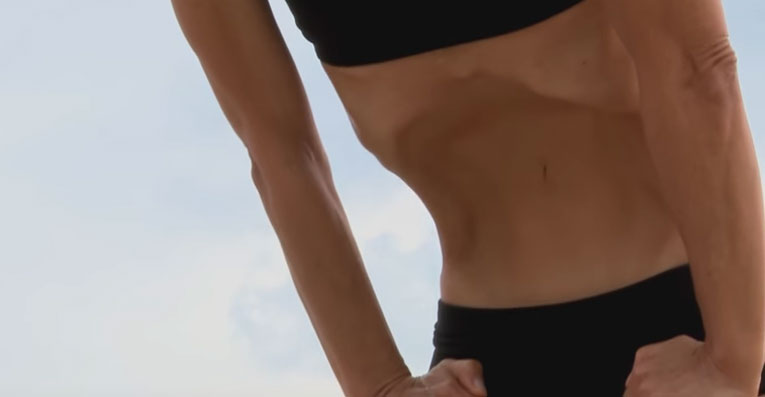 During this stage your chest will be expanded to its optimum level while a cavity will be formed in the abdominal area. During Nauli, the abdominal recti muscles (rooted in the stomach pit) will be contracted. The recti will stand out like a muscle rope right in the abdominal central portion.

The Fifth And Final Nauli Movements

The fifth and final Nauli yoga movements refer to the fast rolling of the abdominal wall recti muscles in rhythmic sideways and also circular movements.
Perform the Nauli during the exhalation process.

It is done by quickly rolling the recti muscles several times without any break in between.

During this manipulation you will have to proceed in a fast pace in the following manner: Right to left and then again from left to right.
Begin with Dakshina. Then rhythmically flow to Madhyama and Vama.

Immediately afterwards perform the three stages in the opposite way, namely Vama, Madhyama and Dakshina.

During this sideways churning movement, the two recti muscles are manipulated in a rapid vertical wave-like motion across the abdomen.

Yogic breathing to resistance cold the infection of the nasal mucous