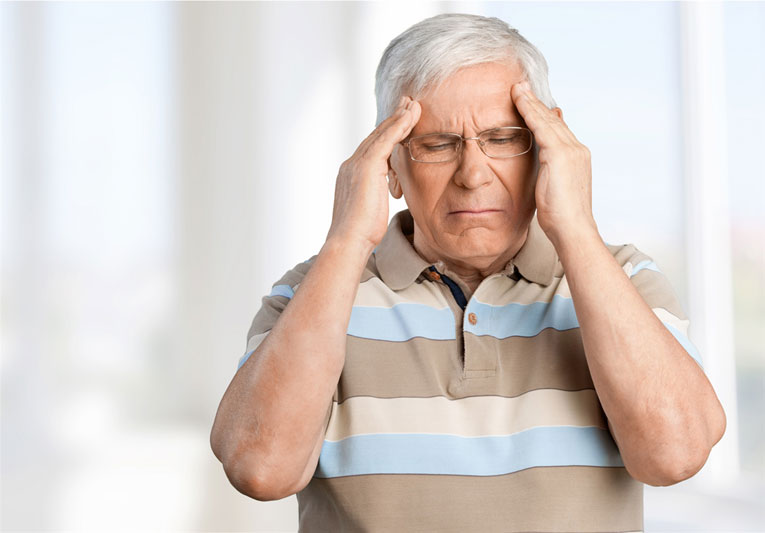 Depression Is Rife Amongst The Elderly: Many people jokingly call old age homes depressing, but, sadly, they don’t realize just how literal that description can be. The rate of depression amongst elderly residing in old age homes is estimated to be three times as high as those who live independently or with family (abc.net.au)

However good the home’s facilities and services may be, the statistic has more to do with the fact that people who live in old age homes normally do so because they have medical conditions that require permanent monitoring, or because there’s no one else available to take care of them. Since chronic physical illness and isolation are prime contributors to depression, it’s no wonder its occurrence is so high amongst this demographic. Of course, the situation is exacerbated by feeling cut off from that world outside the home, and everything it once represented.

The difficulty of diagnosis

There isn’t as much stigma around mental illness as there once was, and young people nowadays are aware that psychological treatment is readily available, and are encouraged to seek it. But, the bulk of the elderly population still holds onto the beliefs of a generation raised in a time where knowledge of mental illness was more limited, and people were less willing to entrust strangers with such personal matters, anyway.

The first step towards treating depression amongst the elderly is to improve the diagnosis of it, something which is made difficult by conventions of the society in which many of them grew up. Add to that the physical and mental health issues that the elderly have to endure, and the general melancholy attitude that many of them adopt, and you’ll see why aged care workers often find it difficult to differentiate between symptoms of depression and what they would consider being normal behavior from their patients.

For example, it may be completely normal for an elderly resident to live in memories of the past. Who would be surprised if their grandparents engaged in bouts of nostalgia and started reminiscing about the good old days? But such behavior can be a symptom of depression, and though it may seem like very little evidence, the sad truth is that it might be the only evidence you’re likely to get from someone who may be intent on preserving the stoic attitude prevalent during his youth.

Once depression is diagnosed, then there’s the issue of devising effective methods of treating it. Many residents will already be on a multitude of medications that may not mix well with antidepressants, and either way, research indicates that the elderly don’t respond very well to that form of treatment. Cognitive Behavioral Therapy is another psychological technique not proven as effective among the elderly as with younger patients (helpguide.org)

Fortunately, research conducted to determine a possible alternative approach to treatment, such as art and music therapy, has proven effective. Anything that encourages physical activity, social activity and contact with the outside world is also desirable, as in the case of talk & walk programs (abc.net.au). This method involves assigning a member of staff to accompany an elderly resident on walks and engage them in conversation, promoting positive emotions through exercise and through a form of visualization by evoking joyful memories.

Advancing technology, in particular, the emergence of social media can play a crucial role in treatment. They provide mental stimulation through the use of digital entertainment, and the knowledge and social connections available through the internet services to remind elderly residents that there is still a world out there, and they can still be part of it. Though the elderly may be traditionally averse to technology, the irony is that it can play the most beneficial role in improving the quality of their lives, and demonstrate that the world may have moved along but there’s no need for them to remain behind.

Matthew Flax is an advocate for the rights of the elderly, which can be advanced though education and training courses in aged care, such as the courses promoted by Now Learning. Hope you love reading “Depression Is Rife Amongst The Elderly”. Share your view in the comment section below.