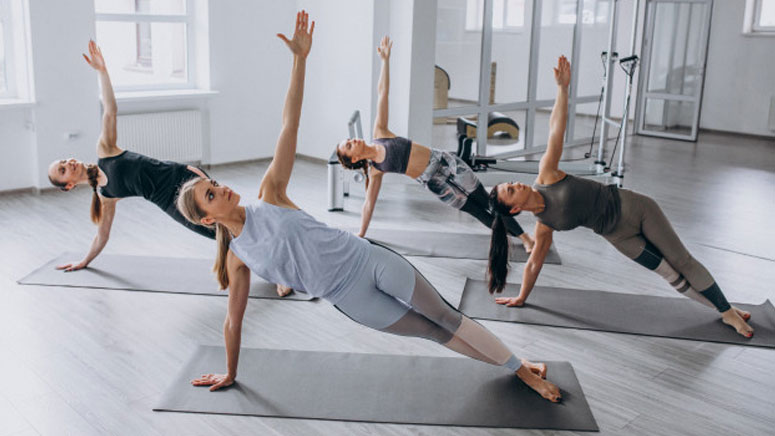 “I welcome you to Bikram’s torture chamber to kill yourselves for the next 90 minutes!” That’s the strange introductory address of Bikram Choudhury!

Contort till it hurts! – is the motto of Bikram Yoga torture chamber heated to 105 degrees!

Nothing’s easy in life, he says.

“You don’t get anything unless you work hard for it. You must suffer to enjoy the benefits of your hard labor,” explains Bikram.

Hence, Bikram extorts his hundreds of practitioners to stretch their physiques to the optimum to gain flexibility.

This physical elasticity can be brought about only if the practitioner can loosen up the body with the aid of the mind amidst a trying environment!

Bikram is the American style of yogi!

The innovative part of Bikram is that he understood the traditional philosophy behind yoga, and he “picked up” some significant postures (26 physical movements and two breathing ways) from that glorious tradition.

The founder of the hot yoga cult known as ‘Bikram Yoga‘, Bikram Choudhury is the head of the globally spread ‘Yoga College of India’.

Bikram dovetailed them to the typical materialistic American way of life. He gave the Americans the Bikram yoga means to gain spirituality or mental peace amidst the mad race for money!

Viola! That’s the copyrighted Bikram yoga or ‘Hot yoga’ because it is practiced within a room that’s preheated to 105 degrees or ‘McYoga’ or the yoga that has expanded like the famous McDonald brand!

Above all, Bikram also realized the American way of doing business and opened up franchises all over the prominent cities of America. There are thousands of Bikram yoga students, and more are getting enrolled.

Bikram yoga is not just meditative and relaxing as traditional yoga is! Absolutely not! America will never be ready for that kind of yoga. But a proper synthesis of the traditional with the modern has evolved the novel means.

Bikram Yoga: What is it Exactly?

The American meditation starts on the outside – pushing the body to the extreme. Body is the medium to bring the body back to the mind and the spirit!

Bikram yoga is all about the perfect marriage of the body and the mind.

Bikram Yoga: Heat is the Catalyst

The catalyst is the heat which loosens the body and allows the muscles and the tendons to go further and extend further!